Frei Otto is an eminent architect based in Germany, who has pioneered research in lightweight membranes and innovative structures. He founded the Development Centre for Lightweight Construction in Berlin in 1957, which later became the Institute for Lightweight Structures in Stuttgart. He collaborated with Shigeru Ban on the Japan Pavilion for Expo 2000 in Hanover, Germany. 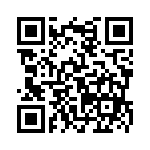