Bowie on Bowie: Interviews and Encounters with David Bowie

David Bowie is best known as an artist in flux, both in his aesthetic and his career. Born in 1947, the British musician's outlandish appearance is matched only by his inimitable music, with its rare ... Leggi recensione completa

Sean Egan is an author and journalist who has interviewed members of the Beach Boys, the Beatles, the Kinks, Led Zeppelin, the Rolling Stones, the Sex Pistols, the Velvet Underground, the Who, and many others. He is the author of several books, including Defining Moments in Music, Jimi Hendrix and the Making of Are You Experienced, Keith Richards on Keith Richards, The Mammoth Book of the Beatles, and The Rough Guide to the Rolling Stones. 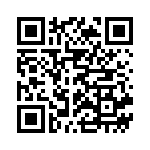