Alan Hustak has been writing about Montreal for over thirty years. He is a journalist, and author of Saint Patrick's of Montreal: The Biography of a Basilica and Titanic: The Canadian Story . 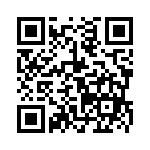