Pagina 77
The interests of the group, and of its constituent parts, were discused in day-today
meetings between brothers-in-law, cousins, ... And in the same way, we find that
Giuseppe Brandaleone is a City Councillor while his brother Ferdinando is a ...
Pagina 156
Many mafia entrepreneurs, embarked on apparently brilliant careers, have fallen
fatally at this hurdle. The De Stefano brothers are a typical case in point. Having
won a monopoly of construction work in northern Reggio Calabria, driving out ...
Pagina 199
The latter, according to the report, was related to the brothers Giuseppe, Pietro
and Antonio Inzerillo (and, of course, to all their rather numerous children), as
well as to Tommaso Gambino and his sons Giovanni, Giuseppe and Rosario. 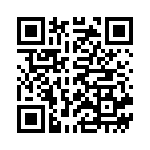