Steven Ungerleider, Ph.D., the author of four books, completed his undergraduate studies in psychology at the University of Texas, Austin, where he also competed as a collegiate gymnast. He holds master's and doctorate degrees from the University of Oregon and is a licensed psychologist consulting with college, Olympic, and professional athletes. Since 1984, he has served on the United States Olympic Committee Sport Psychology Registry and has covered the past seven Olympiads for various media, including AOL and the Atlanta Constitution. Mental Training for Peak Performance, his third book, is now in its third printing and was named as a Book of the Month Club Selection for Men's Health magazine. Ungerleider lives with his family in Eugene, Oregon. 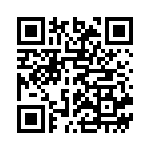