Grandson of Seneca the Rhetorican and nephew of Seneca the Philosopher, Lucan was born in Spain and educated in rhetoric in Rome. He was a favorite at Nero's court until the emperor took offense at his precocious literary talent and prevented him from displaying it in public. Lucan then joined a conspiracy against the monarch and was forced to commit suicide. His epic poem "Bellum Civile" (Civil War), also called "Pharsalia," sided with Pompey in his fatal struggle with Julius Caesar. His complex rhetorical style was acclaimed in the Middle Ages; Dante and Chaucer ranked him high as a poet. 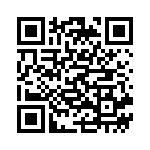