Pagina 356
Trajan ( 98–117 ) , a liberal and benevolent emperor of good sense and good
heart , used the income accrued to the state from ... Beginning in the middle of the
second century , from the emperors of the Antonine family on , the state not only ...
Pagina 371
When his request was rejected , the restive foreign mercenaries revolted , chased
the last Roman emperor , Romulus Augustulus , from the throne , and Odoacar
proclaimed himself ruler of the Western Roman Empire . He was eventually ...
Pagina 402
But a revival of something dead , even if it is merely a set of behavior patterns ,
and even though a mighty and intelligent emperor , counseled by the
Northumbrian Alcuin , former master at York , one of the most learned and wisest
men of the ... 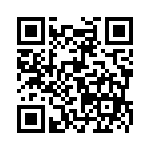