is Professor of Philosophy at the City College and Graduate Centre of the City University of New York, where he regularly teaches courses on Plato's philosophy. 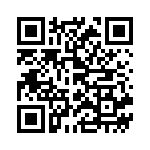