Chapters into verse: poetry in English inspired by the Bible

Astonishing that no one has come up with this idea before! Editors Atwan and Wieder have compiled an anthology of poems from all eras, styles, and degree of reverence, which take as their major ... Leggi recensione completa

Robert Atwan is founder and series editor of the annual Best American Essays. The editor of numerous anthologies, he has written on the ancient literature of the Near East and his critical essays and poetry reviews have appeared in many national periodicals. Laurance Wieder is the author of several volumes of poetry, including The Coronet of Tours; No Harm Done; The Last Century: Selected Poems; and One Hundred Fifty Psalms, a complete psalter. He has taught Bible and Ancient Authors at Cornell University. 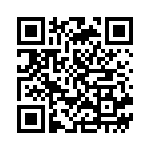