A philology graduate of Moscow University, Alexander Boot lectured there on English and American literature in English, wrote art criticism and got into trouble with the KGB before emigrating to the USA in 1973 - only to find that the West he was seeking was no longer there. This inspired a life-long quest for an explanation, reflected in numerous essays. He has written for a wide range of publications including the London Magazine, the Salisbury Review and the Independent. He now divides his time between London and Burgundy, working on his next two books. 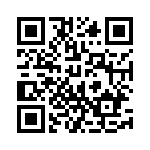