It is sad that a topic that has caused so much confusion in the Christian world should so seldom be treated as openly and fairly as it is in this book. I would love to see more books like this, where ... Leggi recensione completa

Review: The Meaning of the Millennium: Four Views

It was a good book that shows the various views well. I like that there are four different people saying what they believe. I didn't give it a five star because the author of the book puts his bias into it, and the book isn't supposed to be about that. Leggi recensione completa

Robert G. Clouse (Ph.D., University of Iowa) is professor emeritus of history at Indiana State University in Terre Haute, Indiana. He is also an ordained Brethren minister and has served churches in Iowa and Indiana. He is coeditor (with Bonnidell Clouse) of Women in Ministry and is author or coauthor of several books including The New Millenium Manual, Two Kingdoms and Puritans, the Millenium and the Future of Israel.

Ladd, professor of New Testament exegesis and theology at Fuller Theological Seminary since 1950, was educated at Gordon College and Gordon Divinity School (B.D.) and received the Ph.D. from Harvard University. He also did postdoctoral study at Heidelberg and Basel Universities. Ordained as an American Baptist minister, Ladd served several churches in the denomination. He was professor of Greek at Gordon College (1942-45) and head of the department of New Testament at Gordon Divinity School (1946-50). His writings include Crucial Questions about the Kingdom of God (1952), The Blessed Hope (1956), The Gospel of the Kingdom (1959), Jesus Christ and History (1963), The New Testament and Criticism (1965), The Pattern of the New Testament (1968), Commentary on The Revelation (1972) and The Theology of the New Testament (1974).

Hoyt (A.B., B.D., M.Th., Th.D., LL.D.) was chancellor and professor of Christian theology at Grace Theological Seminary and Grace College in Winona Lake, Indiana. He wrote The End Times (1969) and several other books. He also contributed to a number of national Christian periodicals.

Boettner is a graduate of Princeton Theological Seminary (Th.B., 1928; Th.M, 1929), where he studied systematic theology under Dr. C. W. Hodge. In 1933 he received the Doctor of Divinity, and in 1957 the Doctor of Literature. He taught the Bible for eight years at Pikeville College (Kentucky). His books include The Reformed Doctrine of Predestination (1932), Studies in Theology (1947), Immortality (1956) and Roman Catholicism (1962).

Hoekema emigrated from the Netherlands to the United States in 1923. He attended Calvin College (A.B.), the University of Michigan (M.A.), Calvin Theological Seminary (Th.B.) and Princeton Theological Seminary (Th.D., 1953). After serving as minister of several Christian Reformed churches (1944-56) he became associate professor of Bible at Calvin College and later professor of systematic theology at Calvin Theological Seminary. He wrote The Four Major Cults (1963), What about Tongue-Speaking? (1966), Holy Spirit Baptism (1972), The Christian Looks at Himself (1975) and The Bible and the Future (1979). 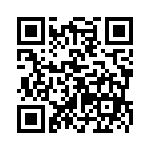