Pagina 28
It appeared against a white circle on each side of the fuselage, with the words
AIR TRANSPORT INC. in the bottom half of a narrow outlining circle set off from
the basic circle by a blue line. The whole was surrounded by a red outline.
Factory ...
Pagina 119
Fokkcr F- 10A trimotors continued to operate over Pacific Air Transport routes
after that line had been absorbed int the ... The final airline acquisition was
Varney Air Lines, which ran from Reno, Nevada, to Pasco, Washington, via Boise
, Idaho.
Pagina 538
A Rolls-Royce powered Air Europe 757-236 shows off the slim fuselage,
distinctive flap track housings, and low point of ... available: RB.21 1-535C: Air
Europe*, British Airways, Eastern Air Lines*, LTJ, Monarch*; RB.21 1-535E4: Air
Holland, ... 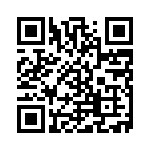