Pagina 482
has been said as to that , i.e. , as to the success of his attempt at objective
expression of his feeling . It may quite properly be insisted , however , that
success of that sort is something which is of interest to no one but himself , or ,
possibly , his ...
Pagina 483
feeling , as a result of the process of objectification . Such a gain in clearness and
vividness beyond question occurs , but it is the only respect in which the feeling
need become different through the process of objectification . Indeed , the ...
Pagina 484
ceeds to alter the object he has created until he finds himself able to say : " Yes ,
the feeling which this now objectifies is truly a part of myself . ” But when the critic
on this basis , is some one else than the artist , that critic is then not trying to ... 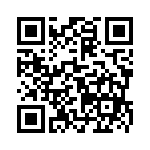