Roman historian and politician [Gaius Sallustius Crispus], known as Sallust, was a tribune of the people and a praetor. In 50 b.c., after being expelled from the Senate supposedly for adultery, he showed his support for Julius Caesar by participating in his African campaign and by serving as his governor in Numidia (modern-day Algeria). Charged with extortion upon his return to Rome, he retreated from public life and retired to literary pursuits. His first work, Catilina (43--42 b.c.), recounts the suppression of Catiline's conspiracy to seize power. His next work, Jugurtha (41--40 b.c.), focuses on the frailties of the Roman aristocracy during the war against the Numidian king Jugurtha. Sallust's Histories---his last work---devoted to the history of Rome, survives only in fragments and probably covers the period from 78 to 67 b.c. In his literary pursuits, which tend to be inaccurate and strongly biased, Sallust distinguished himself more for his terse and direct style than for substance. 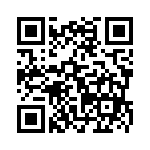