Pagina 50
The count had accordingly , by his letters patent , convoked to his good city of Barcelona the bishops , barons , knights ... and place upon his head , the garland of golden roses which formed the coronet of the Counts of Arragon .
Pagina 51
This wax taper had gone in solemn procession through the city , to prove the penitence of the count , who felt grief as a knight , and remorse as a Christian . After the chariots came the lord count himself , mounted on a steed ...
Pagina 52
into the church , notwithstanding the opposition made by those who did not consider him fit to be in such good company ; but the count , having heard the quality of his respondent , would not allow him to be turned out , declaring ... 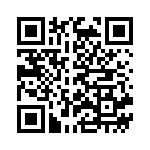