GEORGE NEWLIN is the compiler and editor of the three-volume Everyone in Dickens (Greenwood Press, 1995) and of Every Thing in Dickens (Greenwood Press, 1996). He is now preparing a student casebook in the Literature in Context series on Great Expectations. His next major anthological work will be a multivolume series on Anthony Trollope. George Newlin has spent his professional career combining activities in law and finance with volunteer service in the arts and serious avocational musical performance. In 1988 he began developing his concept for a new kind of literary anthology, beginning with the works of Charles Dickens. 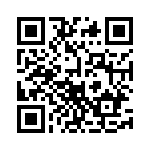