Pagina 95
However slight may be your literary perceptions , you will at once notice that no
two of them sound the same . Apart altogether from the subjects or ideas , which
may be identical , each one has an air , an accent , which can never either be ...
Pagina 174
Should this proposition sound paradoxical , that is partly because , as a general
rule , a too restricted meaning is given to the word “ expression . ” It is generally
restricted to what are called verbal expressions alone . But there exist also non ...
Pagina 195
Poetry , like the other arts , has a physical or at least a sensuous medium , and
this medium is sound . It is , however , significant sound , uniting inseparably in
itself the factors of formal expression through an immediate pattern , and of ... 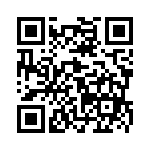