Born in 1958, Ross Lovegrove studied industrial design at Manchester Polytechnic and at the Royal College of Art, London. In the early 1980s he began to work for the industrial design consultancy Frogdesign in Germany, where he was assigned projects for Apple and Sony. After this experience he became an in-house designer for Knoll in Paris, where he developed different office systems. He returned to England in 1986 where he established his own practice and started to collaborate with the most important design manufacturers such as Kartell, Luceplan and Cappellini. He is currently working on a number of projects in Japan where he enjoys unparalleled success as a European designer.

Paola Antonelli is Curator for the Department of Architecture and Design at the Museum of Modern Art, New York. She has been a contributing editor for Domus magazine and the Design Editor of Abitare. She has lectured at the University of California and Harvard University Graduate School of Design, and she taught throughout Europe and the United States. 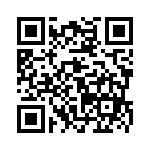