Kierkegaard is a very interesting man, in that at times he was both heroic and at the time afraid. he has the courage to follow his passion, writing and at the same time runs from his passion for ... Leggi recensione completa

now i know which books of his to read and which not to bother with. A fascinating eccentric character. The last of the pre-Darwinian philosophers worth their salt. A cranky passionate guy. Leggi recensione completa

Joakim Garff is Associate Professor at the Sĝren Kierkegaard Research Center at the University of Copenhagen. He is the author of numerous books and articles and is the coeditor of a project to publish definitive new Danish-language editions of all of Kierkegaard's writings. Bruce H. Kirmmse is Professor of History at Connecticut College. His previous works include Kierkegaard in Golden Age Denmark and Encounters with Kierkegaard (Princeton). He is the chairman of the editorial board of Kierkegaard's Journals and Notebooks (Princeton, forthcoming). 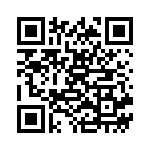