Pagina 133
3 Paolo Gambino, Carlo's younger brother, was another close crony. Buscetta,
who had played cards with Paolo every weekend when they were neighbors in
Palermo, took to doing so again. 'Paolo was into everything - meat markets, ...
Pagina 157
They are the Cuntreras: Pasquale, Paolo, and Gaspare. A fourth, Liborio, died in
London some years ago (also of cirrhosis). The Cuntreras might be nobodies, for
all that is known of them in the outside world. Inside Venezuela, they are known ...
Pagina 227
Gambino Family, since Carlo Gambino's brother Paolo was clearly in charge. i
came to New York in 1970, and was put on a special squad to cover the Carlo
Gambino Family,' said James Kallstrom, the FBI's crack Mafia watcher in New
York. 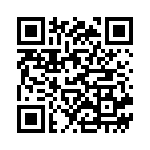