Pagina 43
During this phase , communities grew by migration , by natural growth , and from
immigration , and there were major population redistributions , especially
migration from rural areas to urban areas . Ecological factors strongly influenced
the ...
Pagina 44
to disperse , along with major entertainment centers , such as superdomes and
concert parks , national corporate offices , and hotels , to areas beyond the
confines of the central city . A major decentralization has occurred among some
of the ...
Pagina 81
As a result , " black suburbanization simply represents another settlement phase ,
and not a major reordering of the way blacks acquire residential access ” ( p . 263
) . Rose sees some blue - collar , lower - class , and middle - class blacks ... 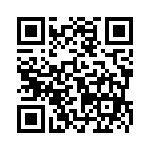