W. H. Auden, who was born in York, England, on February 21, 1907, is one of the most successful and well-known poets of the 20th century. Educated at Oxford, Auden served in the Spanish Civil War, which greatly influenced his work. He also taught in public schools in Scotland and England during the 1930s. It was during this time that he rose to public fame with such works as "Paid on Both Sides" and "The Orators." Auden eventually immigrated to the United States, becoming a citizen in 1946. It was in the U.S. that he met his longtime partner Chester Kallman. Stylistically, Auden was known for his incomparable technique and his linguistic innovations. The term Audenesque became an adjective to describe the contemporary sounding speech reflected in his poems. Auden's numerous awards included a Bollingen Prize in Poetry, A National Book Award for "The Shield of Achilles," a National Medal for Literature from the National Book Committee, and a Gold Medal from the National Institute of Arts and Letters. Numerous volumes of his poetry remain available today, including "About the House" and "City Without Walls." W.H. Auden died on September 28, 1973 in Vienna.

Edward Mendelson is the literary executor of the Estate of W. H. Auden and the Lionel Trilling Professor in the Humanities at Columbia University. His books include Early Auden, Later Auden, and The Things That Matter. 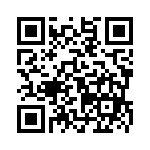