Melanie L. Simo is the author, with Peter Walker, of Invisible Gardens: The Search for Modernism in the American Landscape, among other books. 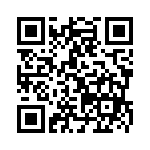