This is a very interesting and compelling account of Clark's experiences in counter-terrorism in the decade or so leading up to 9-11. Clark's main point is that U.S. leadership was slow to wake up to ... Leggi recensione completa

Now long outdated, this was a useful guide to the politics and conflicting priorities that plagued our foreign affairs and national security community in dealing with the thread of terrorism. Leggi recensione completa

Richard Clarke was appointed by President Clinton as the first National Coordinator for Security, Infrastructure Protection, and Counterterrorism in May 1998 and continued in that position under George W. Bush. Until March 2003 he was a career member of the Senior Executive Service, having begun his federal service in 1973 in the Office of the Secretary of Defense, as an analyst on nuclear weapons and European security issues. In the Reagan administration, Mr. Clarke was the Deputy Assistant Secretary of State for Intelligence. In the first Bush administration, he was the Assistant Secretary of State for Politico-Military Affairs. 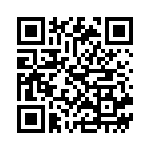