Born in Copenhagen, Denmark, Sřren Kierkegaard was the son of a wealthy middle-class merchant. He lived all his life on his inheritance, using it to finance his literary career. He studied theology at the University of Copenhagen, completing a master's thesis in 1841 on the topic of irony in Socrates. At about this time, he became engaged to a woman he loved, but he broke the engagement when he decided that God had destined him not to marry. The years 1841 to 1846 were a period of intense literary activity for Kierkegaard, in which he produced his "authorship," a series of writings of varying forms published under a series of fantastic pseudonyms. Parallel to these, he wrote a series of shorter Edifying Discourses, quasi-sermons published under his own name. As he later interpreted it in the posthumously published Point of View for My Work as an Author, the authorship was a systematic attempt to raise the question of what it means to be a Christian. Kierkegaard was persuaded that in his time people took the meaning of the Christian life for granted, allowing all kinds of worldly and pagan ways of thinking and living to pass for Christian. He applied this analysis especially to the speculative philosophy of German idealism. After 1846, Kierkegaard continued to write, publishing most works under his own name. Within Denmark he was isolated and often despised, a man whose writings had little impact in his own day or for a long time afterward. They were translated into German early in the twentieth century and have had an enormous influence since then, on both Christian theology and the existentialist tradition in philosophy. 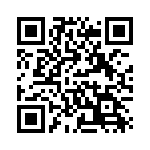