Pagina 97
known piece of iron is a dagger from Egypt , but probably manufactured by the Hittites before 1350 B.C. In Europe , iron was first used in Greece , about 1000 B.C. , a date generally taken as the beginning of the European Iron Age .
Pagina 122
Being faced with two apparently irreconcilable Iron Age movements in Italy , one from the south , the other from the north , and two corresponding migration theories , both of them founded on records which , though they are trustworthy ...
Pagina 124
This means , of course , that the Northern and Southern ' Villanovans ' were not the same people , racially and nationally speaking , that indeed the term Villanovan should be used only to name certain Iron Age cultures in Italy ... 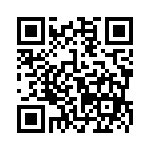