Review: Lyrical Ballads, with Other Poems (1800)

As a reader who also happens to be engaged with modernist writers, I would say that romantic poetry appears elementary. That said, the works are exquisite and I am glad to have gotten this perspective. Leggi recensione completa

Coleridge (1772-1834) has been criticized as a political turn-coat, drug addict and plagiarist whose wrecked career left only a handful of magical early poems. But the shaping influence of his highly imaginative criticism is now generally accepted,and his position, along with Wordsworth (1770-1850), as one of the two great progenitors of the English Romantic spirit is assured. A great innovator, Wordsworth permanently enlarged the range of English poetry both in subject matter and treatment.

Michael Schmidt is Professor of English and Director of the Writing School at Manchester Metropolitan University. He is the author of the critical history LIVES OF THE POETS (1999), THE STORY OF POETRY (five volumes, 2001-), and THE FIRST POETS: LIVES OF THE ANCIENT GREEK POETS. 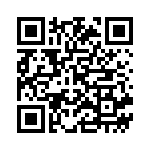