Bart D. Ehrman chairs the Department of Religious Studies at the University of North Carolina at Chapel Hill.

He is the author of Lost Christianities: The Battles for Scripture and the Faiths We Never Knew, Lost Scriptures: Books That Did Not Make it into the New Testament, The Lost Gospel of Judas Iscariot, Lost Scriptures, Jesus: Apocalyptic Prophet of the New Millennium and New Testament: A Historical Introduction to the Early Christian Writings 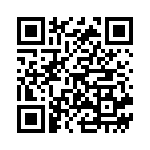