John Francis Trout was born in Manhattan, New York on January 31, 1935. He graduated from Iona College and then served as a flight navigator in the Navy. Afterward, he got a job in General Electric's advertising and training program. He later joined Uniroyal as a division advertising manager. In 1967, he went to work for Al Ries at his advertising agency, Ries Cappiello Colwell. Trout eventually became its president and a partner, and the agency became known as Trout and Ries. They worked together until 1994, when Trout started his own firm, Trout and Partners. Trout wrote numerous books including Positioning: The Battle for Your Mind with Al Ries, Differentiate or Die: Survival in Our Era of Killer Competition with Steve Rivkin, and Repositioning: The New Battle for Your Mind with Steve Rivkin. He died from intestinal cancer on June 4, 2017 at the age of 82. 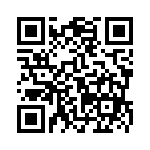