J. P. Telotte is a professor of film and media at Georgia Tech. Co-editor of the journal Post Script, he has published widely on film and television with a special emphasis on science fiction. Among his recent publications are The Essential Science Fiction Television Reader, Science Fiction Double Feature, and Science Fiction TV. 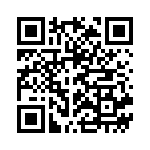