Anne Tereska Ciecko is Associate Professor in the Department of Communication at the University of Massachusetts-Amherst. Her work on Asian and Asian diaspora cinemas has appeared widely in journals and anthologies. 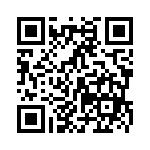