Thomas Cranmer, the English prelate and archbishop of Canterbury, was born in Aslacton in Nottinghamshire. In 1503 he was sent to study at Jesus College, Cambridge University, where he obtained a fellowship. Cranmer took holy orders in 1523. Six years later, he left Cambridge because of the plague and went to Waltham, where he came to the attention of King Henry VIII because of his suggestion that Henry submit the question of his divorce from Catherine of Aragon to a debate by universities throughout Christian Europe. Cranmer subsequently became a counsel in this suit and was then appointed royal chaplain and archdeacon of Taunton. In 1533, he was made archbishop of Canterbury and soon after declared Catherine's marriage to Henry null and void. Throughout the remainder of Henry's reign, he was subservient to the will of the king, annulling Henry's marriage to Anne Boleyn, divorcing him from Anne of Cleves, and informing the king of Catherine Howard's premarital affairs. Under Henry VIII, Cranmer had been slowly drifting into Protestantism. While serving as archbishop under Edward VI, Cranmer shaped the doctrinal and liturgical transformation of the Church of England, placing the English Bible in churches and, in 1552, revising the Book of Common Prayer. Shortly after the Roman Catholic queen Mary I assumed the throne, however, Cranmer was tried and convicted of treason and heresy and condemned to be burned at the stake. Before being put to death, he recanted his errors and retracted all he had written. In addition to The Book of Common Prayer, Cranmer wrote a number of other works, including the Reformatio Legum Ecclesiasticarum (1571) and A Defence of the Doctrine of the Sacrament (1550). 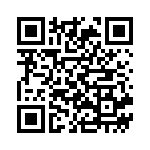