Franz Schubert was born in Vienna, Austria, the son of a schoolmaster who was also an amateur cellist. As a boy, he learned to play the piano, violin, and organ and sang in the church choir. Schubert had an uncommon talent for melody and soon began to compose his own music. By the age of 17, he had written his first symphony and many songs, including his first song masterpiece "Gretchen am Spinnrade" (1814). In 1814 Schubert began to teach, but he hated teaching and gave up his position in 1818. From this point on, he lived fairly precariously, earning a living primarily by giving private music lessons. At the same time, he composed furiously and constantly, sometimes writing as many as eight songs in a day. Although he sold many of his songs and piano pieces, he was always short of money and often relied on the generosity of his friends. His health began to decline after 1822 as a result of syphilis. Schubert's brief and difficult life is not reflected at all in his astounding outpouring of lieder cycles, symphonies, and chamber and church music. His work shows that he was a poet in music, conveying a wide range of emotions and meanings through his songs and other pieces. Among his best-known and most important works are the song cycles Die schone Mullerin (1823) and Die Winterreise (1826), and his Unfinished Symphony (Symphony No. 8) (1822). 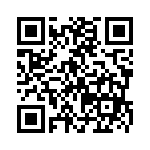