Pagina 15
pean side . on the mountain behind Monte Carlo , from where , on a clear day ,
you may see the shadowy outline of the island of Corsica , over a hundred miles
away . This was the course that was opened by Arnaud Massey , the reigning ...
Pagina 277
The result was a strong pound , a stagnant economy and six hundred thousand
unemployed . ” This is not to say that Mr Wilson has , since July , mismanaged
our economic affairs . Faced with a sterling crisis for which he could still plausibly
...
Pagina 563
... against his settlers . The seven hundred or so settlers ( not counting women ,
children or elderly men ) were a picked lot drawn from Britain , South Africa ,
Australia , Canada , America and other parts of the white world which just then
was full ... 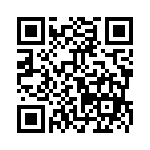