Prof. Michele Maggiore
Department of Theoretical Physics, University of Geneva Born in 1963, Michele Maggiore has graduated from University of Pisa in 1986, and has got his PhD from Scuola Normale Superiore in Pisa, in 1989. After postdoctoral positions in Bern and at University of Minnesota he became researcher at INFN in Pisa in 1991. Since 2001 he is Professeur Ordinaire (Professor) at the Dept. of Theoretical Physics, University of Geneva.
His research interests cover a broad range of subjects, including quantum field theory, quantum gravity, cosmology, string theory, and the study of gravitational waves of astrophysical or cosmological origin. He is also involved in experimental effors for gravitational wave detection. 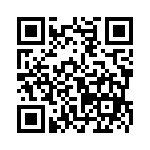