Pagina 73
His stepsons , Tiberius Nero and Claudius Drusus , he honored with imperial
titles , even though his own family was still intact - for he had admitted Agrippa ' s
children , Gaius and Lucius , into the house of the Caesars , and even before they
...
Pagina 273
At Lanuvium in the temple of Antinoüs , 120 in which Lucius Caesennius Rufus ,
patron of the municipality had directed that a meeting be called through Lucius
Pompeius . . . us , quinquennalis 121 of the worshippers of Diana and Antinoüs ...
Pagina 555
In the consulship of Gaius Vipstanus Apronianus and Gaius Fonteius Capito , on
January 3 , Lucius Piso son of Lucius , master of the college , in the name of the
Arval Brethren pronounced vows for the safety of Nero Claudius Caesar ... 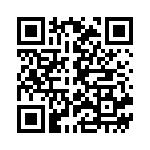