Born in Arpinum on January 3, 106 B.C., Marcus Tullius Cicero was a Roman orator, writer, and politician. In Rome, Cicero studied law, oratory, philosophy, and literature, before embarking on a political career. Banished from Rome in 59 B.C. for the execution of some members of the Catiline group, Cicero devoted himself to literature. Cicero was pardoned by Julius Caesar in 47 B.C., and returned to Rome to deliver his famous speeches, known as the "Philippics," urging the senate to declare war on Marc Antony. Cicero's chief works, written between 46 and 44 B.C., can be classified in the categories of philosophical works, letters, and speeches. The letters, edited by his secretary Tiro, showcase a unique writing style and charm. The most popular work of the period was De Officiis, a manual of ethics, in which Cicero espoused fundamental Christian values half a century before Christ. Cicero was murdered in Formiae, Italy, on December 4, 43 B.C., by Antony's soldiers after the triumvirate of Antony, Lepidus, and Octavius was formed.

Born into a noble family that had fallen from influence, Gaius Julius Caesar secured his future by allying himself early in his life with the popular general and senator, Gaius Marius. Although Caesar's refusal to divorce his wife Cordelia led him to flee Rome for a period, the political and military campaigns he conducted upon his return both renewed and increased his prominence. With Senators Crassus and Pompey, he formed the First Triumvirate in 60 and 59 B.C., and for the next 10 years served as governor of several Roman provinces. His decision to assume the position of Roman consul led to war, to an encounter in Egypt with Cleopatra, and ultimately to his position as dictator of Rome. His increasing popularity and power, brought about by the numerous reforms he initiated, led to his assassination by a group of conspirators who feared he would try to make himself king. Caesar left posterity his accounts of his campaigns in Gaul (modern France) and against his rival Pompey. Although the campaigns were self-serving in the extreme, they nevertheless provide an immensely valuable historical source for the last years of the Republic. His works mirror his character. He was an individual of outstanding genius and versatility: a brilliant soldier, a stylist whose lucidity reflects his clarity of vision, an inspiring leader, and a personality of hypnotically attractive charm. But the verdict of antiquity rests upon his single, altogether Roman, flaw-he could not bear to be the second man in the state. To preserve his position, he made war on his political enemies and brought down the Republic. Then, as he was incapable of restoring the republican regime, which had furnished his political contemporaries with a sense of freedom, power, and self-respect, he was stabbed to death by his own friends. 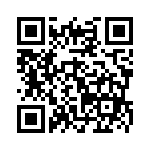