Reviews aren't verified, but Google checks for and removes fake content when it's identified

Hannah Arendt is one of the world's most profound political scientists: her scholarship is sterling, her philosophical- psychological insights staggering; two of her books Origins of Totalitariansim ... Read full review

Hannah Arendt (1906–1975) was University Professor of political philosophy in the graduate Faculty of the New School for Social Research, a visiting professor at several universities including California, Princeton, Columbia, and Chicago, a research director of the Conference on Jewish Relations, the chief editor of Schocken Books, and the executive director of Jewish Cultural Reconstruction in New York City. She was awarded a Guggenheim Fellowship in 1952, and an Arts and Letters Grant of the National Institute of Arts and Letters in 1954. She is also the author of Between Past and Future and Eichmann in Jerusalem, which are available from Penguin Classics along with The Portable Hannah Arendt.

Jonathan Schell (1943­–2014) was the Lannan Fellow at the Nation Institute. He is the author of The Unconquerable World: Power, Nonviolence, and the Will of the People and The Fate of the Earth, among other books. 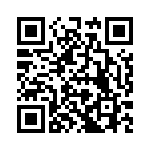