Pagina 68
Indian musical tunings , which sound quite normal to someone raised in Delhi ,
seem strange and exotic when heard against the norms of American popular
songs — at least , they did until they , too , became an American pop norm .
Pagina 213
For my first , I have chosen The Great Gatsby , almost universally — if sometimes
grudgingly , recognized as a classic of American literature . For the second , I
have picked Margaret Ayer Barnes ' 1935 novel , Edna His Wife , since it deals ...
Pagina 237
The Lay of the Land : Metaphor as Experience and History in American Life and
Letters . Chapel Hill : University of North Carolina Press , 1975 . " A Map for
Rereading ; or , Gender and the Interpretation of Literary Texts . " New Literary
History ... 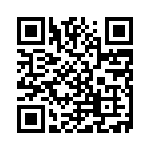