Pagina 97
Expressions or representations °l^rj° are also practical facts, which are also
called physical in so far as physics classifies and reduces them to types. Now it is
clear that if we can succeed in making those practical or physical facts somehow
...
Pagina 145
cr/ar/i picture represents a fact of movement, which, if conceived as voluntary, is
called action ; and since every movement implies a material object, and every
action a being that acts, this picture also represents a material object or being.
Pagina 146
... of the individual, etc. ; so in the case of language, error begins when motion or
action are called verb, being or matter, noun or substantive, and when linguistic
categories, or parts of speech, are made of all these, noun and verb and so on. 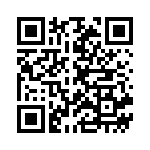