A good introductory book for anyone trying to grasp the idea behind interaction design. Not opening completely new fields of research, but presenting the problems and some approaches to succeed in entering the area. Leggi recensione completa

This book reads like a broad introductory chapter to interaction design. It is a survey of rudimentary design concepts, process and history, but lacks any focus or depth. There was little insightful ... Leggi recensione completa

Dan Saffer has worked for the last decade in the digital medium as a webmaster, producer, developer, copywriter, creative lead, information architect, and interaction designer. He is currently a senior interaction designer at Adaptive Path, a leading design consultancy and has designed and built Web sites, devices, and applications for companies as diverse as Tiffany & Co and the World Wrestling Federation. His work has been featured in New York magazine, Entertainment Weekly, and the Chicago Tribune. His Web site and blog can be found at www.odannyboy.com. Dan is a member of the American Institute of Graphic Arts (AIGA) and the Industrial Designers Society of America (IDSA) and received his Master of Design in Interaction Design from Carnegie Mellon University, where he also taught interaction design. 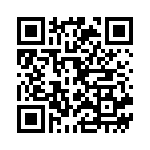