Michael Hattaway is Professor of English Literature at the University of Sheffield. He is the author of Elizabethan Popular Theatre (1982) and Hamlet: The Critics Debate (1987), the editor of As You Like It and Henry VI Parts I–III for the New Cambridge Shakespeare, and also of A Companion to English Renaissance Literature and Culture (2000), The Cambridge Companion to Shakespeare’s History Plays (2002), and plays by Jonson and Beaumont. 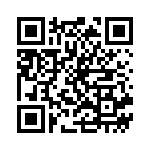