THOMAS HEATHERWICK holds a degree in three-dimensional design from the Royal College of Art, London, and established Heatherwick Studio in 1994. He is an honorary fellow of the Royal Institute of British Architects and the recipient of honorary doctorates from four British universities. He was awarded the Prince Philip Designers Prize and, in 2006, was the youngest practitioner to be appointed a Royal Designer for Industry. 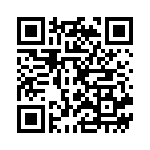