Gabriel Gohau, an active member of the French Committee for the History of Geology, teaches science in St. Cloud, France. His Histoire de la géologie was originally published in a shorter version by Editions La Decouverte in 1987. The translators, Albert V. Carozzi and Marguerite Carozzi, are also distinguished historians of geology and the translators of many books on geology and its history. The translation has been supported by a grant from the French Ministry of Culture. 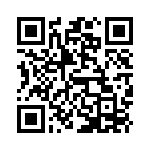