I read this book slowly and enjoyed immensely, as it contained so many nuggets of wisdom and food for thought. Dr. Peck was not stingy with references and further reading tips. There is a lot to think ... Leggi recensione completa

Psychotherapist Dr. M. Scott Peck guides readers to see purpose in life is to nurture one's own or another's spiritual growth. In fact this is how he defines love. I found this book full of down to ... Leggi recensione completa

M. Scott Peck was born on May 22, 1936 in New York City. He attended Phillips Exeter Academy and was attending Middlebury College before being expelled for refusing to attend mandatory R.O.T.C. sessions. He transferred to Harvard University, where he received a bachelor's degree in 1958, and then received a medical degree in 1963 from Case Western Reserve University School of Medicine. He was a psychiatrist in the United States Army for nearly 10 years, was the director of the New Milford Hospital Mental Health Clinic, and worked in a private psychiatric practice in Connecticut. In 1984, he helped establish the Foundation for Community Encouragement, whose mission is to promote and teach the principles of Community. He was among the founding fathers of the self-help genre of books. His works include The Road Less Traveled, Further Along the Road Less Traveled, The Road Less Traveled and Beyond, People of the Lie, and The Different Drum. He also wrote a novel entitled A Bed by the Window. He received the 1984 Kaleidoscope Award for Peacemaking, the 1994 Temple International Peace Prize, and the Learning, Faith and Freedom Medal from Georgetown University in 1996. He died from complications of pancreatic and liver duct cancer on September 25, 2005 at the age of 69. 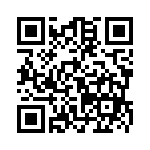