Pagina 12
These opportunities peak in the early stages of the transition to a market
economy, when monopolistic companies are often privatized without an effective
regulatory framework in place or the banking system is liberalized without
adequate ...
Pagina 70
Four Syndromes The balance or imbalance between elite accessibility and
autonomy and between political and economic opportunities will be difficult to
measure; at best they are examples of long-term "moving equilibria." Short-term
trends ...
Pagina 73
Fragmented Patronage, Extended Factionalism The lower-left quadrant of table 2
differs from the variety of corruption just discussed in terms of both state-society
relationships and balance of opportunities but resembles elite hegemony in its ...

Kimberly Ann Elliot, senior fellow at the Center for Global Development, is the author of Delivering on Doha: Farm Trade and the Poor, Can Labor Standards Improve Under Globalization? (2003), and Corruption and the Global Economy (1997). Much of her work focuses on the uses of economic leverage in international negotiations, including both economic sanctions for foreign policy goals and trade threats and sanctions in commercial disputes. 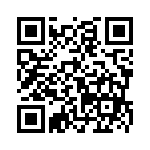