Pagina 27
We feel differently about ourselves , depending on our age and our physical
health and abilities . A man might be 50 years old , for instance , but if he is in
good health and has kept his body in condition , he could have a sense of being
young .
Pagina 80
Problems between Hispanics and Anglos ( whites ) , for instance , are believed to
relate to the fact that Hispanics have developed language and cultural values
and norms which are very different from those developed by Anglos .
Pagina 154
Little change in attitudes about intermarriage , for instance , has been
documented since the early 1970s . According to Schuman , Steeh , and Bobo , “
In fact , on a broad question about the desirability of desegregation in general ,
there was ... 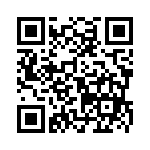