Pagina 69
note that we choose and call our Tonic, we have now found the notes related to it
as its Dominant, its Subdominant, and its Mediant, and defining the intervals
named fifth, fourth, and third. We have also made out the sense in which the
pitches ...
Pagina 70
It is the note to which the Octave, the Dominant, the Subdominant, and the
Mediant are directly related by the intervals most clearly defined in its own
sounding partials, the octave, the fifth and the third. And it is the note to which the
rest of the ...
Pagina 107
In musical notation, where the indicated divisions of time are relative (a half-note
half the time of a whole-note, ... so on), a quick measure is often indicated by
writing a time signature as so many sixteenth-notes, or so many eighth-notes, to
the ... 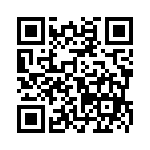