Pagina 37
Bathy/agus greyae, 71 mm SL, holotype, Bermuda, 32° 13.5° N, 64°32.5'W,
CNHM 4973o. From Cohen (15). Color. Ventral half of the holotype with a pale,
straw-colored ground color; the dorsal half brown. Opercle and snout dusky.
Small ...
Pagina 45
Range. Specimens identified as B. euryops, B. benedicti, B. elongatus, and
misidentified as B. atlanticus have been taken from localities in the western North
Atlantic, from Bermuda northward to about 64°N in Davis Strait off the west coast
of ...
Pagina 425
The largest specimen, from Bermuda, is I 18 mm SL. Regan and Trewavas have
reported two specimens of 70 mm, one of which has a well-developed barbel, the
other a decidedly juvenile aspect, including a poorly formed barbel. Range. 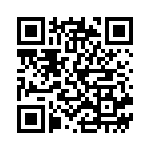