Walter Scott was born in Edinburgh, Scotland on August 15, 1771. He began his literary career by writing metrical tales. The Lay of the Last Minstrel, Marmion, and The Lady of the Lake made him the most popular poet of his day. Sixty-five hundred copies of The Lay of the Last Minstrel were sold in the first three years, a record sale for poetry. His other poems include The Vision of Don Roderick, Rokeby, and The Lord of the Isles. He then abandoned poetry for prose. In 1814, he anonymously published a historical novel, Waverly, or, Sixty Years Since, the first of the series known as the Waverley novels. He wrote 23 novels anonymously during the next 13 years. The first master of historical fiction, he wrote novels that are historical in background rather than in character: A fictitious person always holds the foreground. In their historical sequence, the Waverley novels range in setting from the year 1090, the time of the First Crusade, to 1700, the period covered in St. Roman's Well (1824), set in a Scottish watering place. His other works include Ivanhoe, Rob Roy, and The Bride of Lammermoor. He died on September 21, 1832.

As Samuel Johnson said in his famous epitaph on his Irish-born and educated friend, Goldsmith ornamented whatever he touched with his pen. A professional writer who died in his prime, Goldsmith wrote the best comedy of his day, She Stoops to Conquer (1773). Amongst a plethora of other fine works, he also wrote The Vicar of Wakefield (1766), which, despite major plot inconsistencies and the intrusion of poems, essays, tales, and lectures apparently foreign to its central concerns, remains one of the most engaging fictional works in English. One reason for its appeal is the character of the narrator, Dr. Primrose, who is at once a slightly absurd pedant, an impatient traditional father of teenagers, a Job-like figure heroically facing life's blows, and an alertly curious, helpful, loving person. Another reason is Goldsmith's own mixture of delight and amused condescension (analogous to, though not identical with, Laurence Sterne's in Tristram Shandy and Johnson's in Rasselas, both contemporaneous) as he looks at the vicar and his domestic group, fit representatives of a ludicrous but workable world. Never married and always facing financial problems, he died in London and was buried in Temple Churchyard. 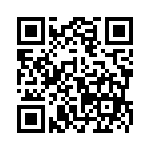